How the Biden Administration Plans to Shape Environmental Policy 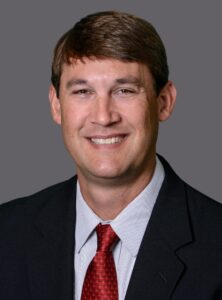 Regardless of your political affiliation, with the inauguration ceremony complete, we can begin to postulate how the change in Administration will shape environmental policy in the US.

It probably won’t come as a shock to anyone, but the Biden Administration’s environmental policy agenda will undoubtedly be in stark contrast to that of the Trump Administration’s. Biden quickly put his agenda into action, some moves taking place even before his inauguration as he elevated the role of science adviser to the cabinet level. Others plans were released as soon as the ceremony came to an end and one of the first actions was to revoke a key cross-border presidential permit needed to finish the Keystone XL pipeline, which likely means the end of the $8 billion pipeline, that would have carried oil sands crude from Canada to the US Gulf Coast. Canadian Prime Minister Justin Trudeau has said the pipeline was a key priority for him. The province of Alberta, which is an investor in the project, has said it will work with the company to pursue legal remedies.

And while we’ll have to wait to see exactly what happens with Biden’s remaining agenda, a partial list of topics contained in Biden’s environmental policy agenda include:  rejoining the Paris Climate Accord, a climate change plan with the goal to reduce greenhouse gases; an increased focus on environmental justice and heightened enforcement; and revisiting the Trump Administration’s executive orders and deregulatory actions, among others.

The Trump Administration focused on EPA embracing the principles of “cooperative federalism” and EPA’s FY 2018-2022 Strategic Plan specifically implemented cooperative federalism in the compliance and enforcement process with states primarily taking the lead. This resulted in a decline in the number of federal enforcement cases initiated by EPA under the Trump Administration.

It’s expected that a Biden Administration EPA will take a more active, aggressive position in pursuing federal enforcement cases. It is also anticipated the EPA will reinstate the use of supplemental environmental projects (SEPs) in resolving civil enforcement cases.  In March 2020, the US Department of Justice (DOJ) announced that EPA lawyers may no longer use SEPs in consent decrees or settlements because “SEPs violate the spirit, if not the letter, of the Miscellaneous Receipts Act, which is intended to protect Congress’ constitutional power of the purse.” In Biden’s Administration, SEPs will likely be resurrected and allowed for use by EPA in settlements as a means to carry out specific projects and implement environmental justice goals.

The remainder of this article will focus on the environmental regulations that are likely to be impacted by the change in administration and the possible tools the Biden Administration may use to enact their agenda.

The Trump Administration deployed various tools, including executive orders (EO), rewriting and repealing regulations, issuing updated regulatory guidance, and used the Congressional Review Act (CRA), to nullify 15 Obama-era regulations. It’s reasonable to expect Biden’s Administration will likely use many of the same tools to implement their environmental policy and agenda.

Potential Use of the Congressional Review Act

The CRA, adopted in 1996 as part of the Small Business Regulatory Enforcement Fairness Act (SBREFA), gives Congress the ability to nullify, by a simple majority vote of both chambers, any rule that was finalized within 60 days before the date on which the previous Congress adjourned its final session. 5 U.S.C. § 801(d).

With the Democrats having a majority in the House and with Vice President Harris having the tie-breaking vote in the Senate, they now hold the upper hand with presidential policy implementation.  With the Congress seemingly aligned with the President, this should pave the way for using the CRA as a powerful tool in steering environmental regulations.  If unsuccessful in their use of the CRA, the Biden Administration will need to rely on EOs and the lengthier process of rewriting regulations.

The following is a partial list of regulations that are thought to be in the crosshairs of the new administration:

While a number of Trump policies were established by EO, President Biden can quickly reverse them simply by withdrawing the EO, policy or guidance, or declining to enforce it. The following EOs are likely targets of the Biden Administration:

The Biden Administration can also quickly reverse or revise specific Trump Administration policies simply by rescinding or revising agency memos and guidance documents. Some of the likely policies that may garner immediate action include:  active regulation on PFAS, an update to the EPA’s Guidance on Significant Impact levels (SILs) for ozone and fine particulate under the prevention of significant deterioration (PSD) permitting program and the EPA’s memo providing state flexibility under the CAA in their State Implementation Plans (SIPs) regarding the Start-Up, Shut-Down & Malfunction (SSM) SIP policy and an increased pressure to lower the ozone National Ambient Air Quality Standard (NAAQS) when the time comes to review the standard.

In conclusion, if Biden’s agenda plays out the way most predict, there will be wholesale environmental policy changes with this new administration and industry is likely to find itself caught in the middle of these political power struggles, ultimately becoming the victim of over-regulation until the pendulum swings once again.