Posted at 16:42h in Uncategorized by Gretchen Duff 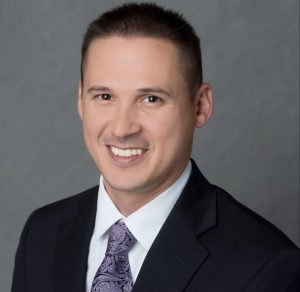 The Supreme Court rendered its decision on whether Congress gave the Environmental Protection Agency (EPA) too broad authority to regulate power sector greenhouse gas emissions. In a 6-3 decision, the majority ruled, “Congress did not grant EPA in Section 111(d) of the Clean Air Act the authority to devise emissions caps based on the generating shifting approach the agency took in the Clean Power Plan.” The ruling is likely to affect President Biden’s climate agenda and strengthen Congress’ power to make decisions regarding climate change.

Under President Obama, a policy called the Clean Power Plan was introduced that allowed the EPA to look “beyond a facility’s fence line” for ways to control greenhouse gas emissions, effectively allowing the EPA to control emissions from the energy sector as a whole rather than on a facility-by-facility basis. Republican state attorneys general and some industry groups filed a lawsuit, arguing that EPA could not regulate a facility “beyond the fence line” and could only establish limits on an individual facility. The Supreme Court issued a stay, ultimately halting the policy from going into effect, until the D.C. Circuit could hear oral arguments. Due to the election of President Trump in November 2016, the EPA decided to reconsider the policy and the D.C. Circuit ultimately required EPA to issue its final rule to repeal the Clean Power Plan and introduce a replacement rule.

As expected, the EPA reversed course under President Trump and issued the Affordable Clean Energy rule, which set emissions guidelines based “only on things that could be achieved through equipment and technology at individual power plants”. Democratic states and cities, environmental advocates, renewable energy trade associations, and some power companies filed a lawsuit challenging the rule. In January 2021, the D.C. Circuit struck down the Affordable Clean Energy rule stating, “The EPA had failed to take into account that it did have the ability to take into account beyond-the-fence line measures.”

Typically, courts defer to agencies when interpreting ambiguous language in statutes that they are in charge of enforcing, in this case section 111(d) of the Clean Air Act. The doctrine of nondelegation is the theory that the US Congress, by way of Article One of the Constitution, cannot delegate power to anyone else; however, the Supreme Court has recently viewed the powers given to various departments an exercise of legislative power rather than a transfer of legislative power. For instance the Food and Drug Administration’s power to regulate food and drugs or the Internal Revenue Service’s responsibility of collecting taxes.

Since neither the Clean Power Plan nor the Affordable Clean Energy rule is in effect, the Supreme Court’s decision to hear the case came as a surprise. The Constitution says that federal courts can only decide “cases or controversies” and not abstract questions of the law. However, last year GOP-led states and coal companies successfully petitioned the court to hear cases on the scope of EPA’s power. In the dissenting opinion, Justice Kagan stated, “The Court appoints itself – instead of Congress or the expert agency – the decision maker on climate policy. I cannot think of many things more frightening.”

The ruling holds that EPA should regulate emissions at the power plant level, rather than essentially setting up a national system that the ruling notes Congress has repeatedly failed to authorize. The decision could invite challenges to regulations imposed across every agency and department.

Environmental permitting doesn’t have to hold you up or cause you frustration before work begins. PPM Consultants can smooth the process over and guide your applications to successful completion long before ground is broken. You don’t have to go it alone. Contact us and let us put our knowledge and expertise to work for you. At PPM Consultants, we pride ourselves on the relationships we make by simplifying the complex issues at the heart of your operation.